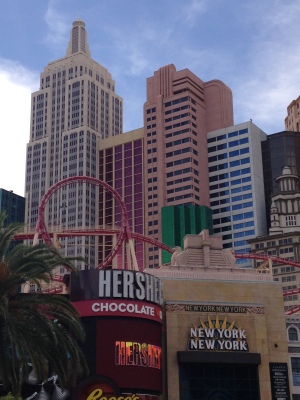 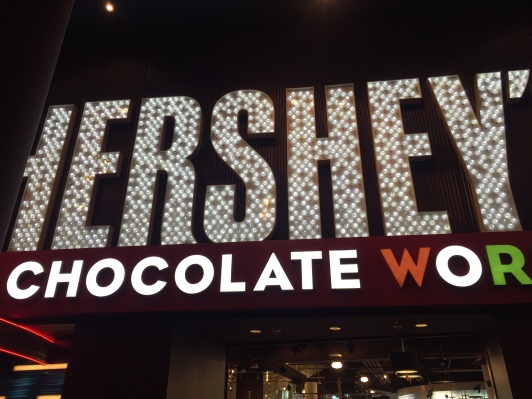 On our last vacation, we found ourselves touring the sites of Las Vegas.  As we were walking, we discovered an amazing store called Hershey’s Chocolate World.  Their official site is located here.

We  had no idea what to expect when we walked into this two story store.  It was floor to ceiling of sweetness and smelled of delicious chocolate!  One of my favorite parts was a Statue of Liberty that was made out of almost 800 pounds of chocolate.

Certain different candies had a whole department all by themselves.

The Jolly Rancher Wall of Awesomeness!

There are even whole walls devoted to Jolly Ranchers and Hershey Kisses!!! (An M&M Wall is located down the street at M&M World!)  You can buy all the flavors you like and pay for them by the bag or pound.  Other types of candy like Reese’s and Hershey Bars received whole rooms to themselves. (Be sure to check out the 5 pound chocolate bars!)   You can see better pictures of the Reese’s room and Hershey Kisses wall on their official site.

If you find yourself in Las Vegas or on a road trip, then I highly recommend this stop. It is definitely worth driving into town if you are nearby.   My only regret, and my children’s,  is that I didn’t have enough room in my suitcase to bring more candy home!

Please check out a few of our other travel posts… 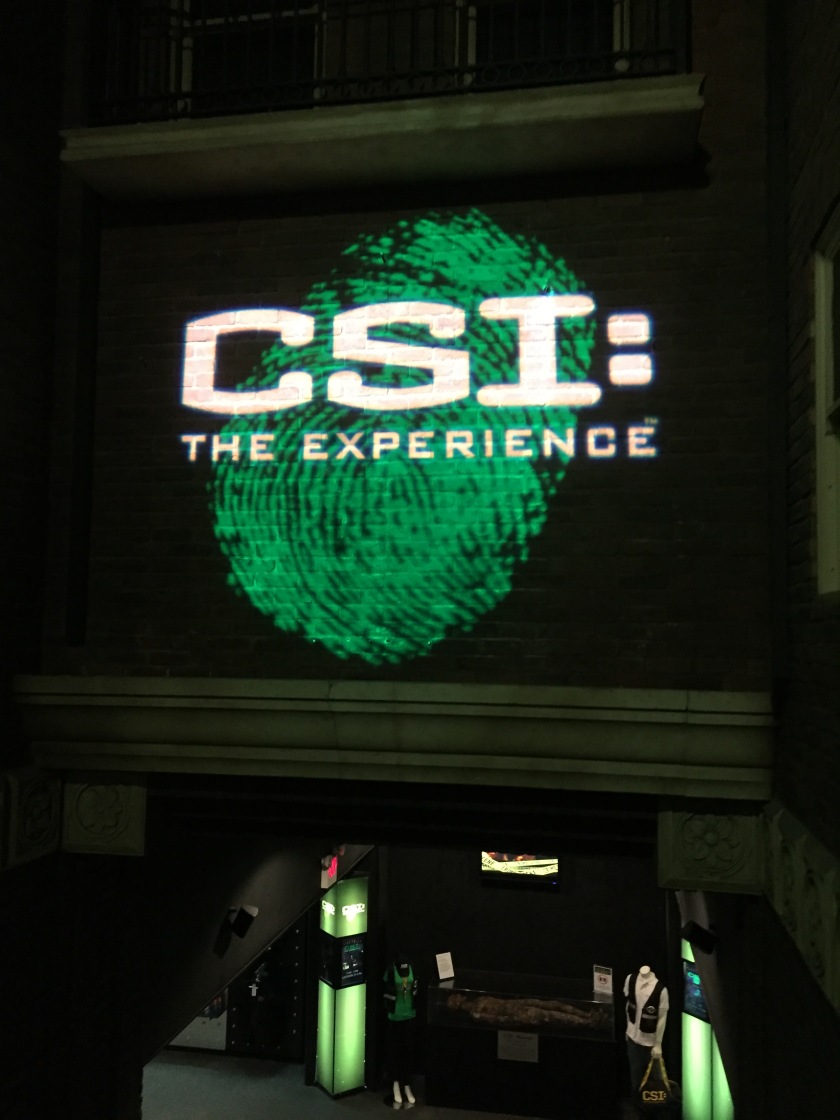 Outside CSI: The Experience at the MGM Grand in Las Vegas, NV

This past June, my husband and I spent our 20th wedding anniversary in Las Vegas.  We had a great time and spent lots of hours touring attractions and visiting several shows.  One of the attractions that we toured was the CSI Experience in the MGM Grand.

This attraction, located on the second floor by the monorail,  was part of a deal that came from MGM Resorts international in which the buyer can get 3 attractions in Las Vegas for only $57.  (3 for $57 Link)  With normal prices being anywhere from $25-$40 a person, it was a great deal for us.

In the CSI Experience (unfortunately you can’t take pictures once inside), visitors are taken to a registration desk and allowed to don official CSI gear.  My husband and I chose the jackets that the actors were always wearing in the movies. It made us feel like we were really going onto the set!  Once attired in correct uniform, visitors are then assigned one of three cases and handed a clipboard with a worksheet and pen.  After a small wait (about 5 min or so), we were escorted into the viewing room where we met Gil Grissom and received our assignment for the night.

A wall separates each of the crime scenes, and once we had our case and scene, we were escorted to our new location. Our scene had a car crash through the house and we had to write down everything we noticed liked blood drops, pictures on the wall, and any clues that we thought were suspicious.  After about 5-10 min observing, we were then shown to the lab.

The lab was divided into stations like the show.  Stations like the fingerprint lab, DNA, trace, and even autopsy with Doc Robbins were a few that we encountered.  Each station was numbered to match our clipboard and we then began to get reports, run fingerprint analysis, study records, and draw conclusions to solve the case.  It was pretty awesome for the science geeks like us!  It took us about an hour or so to get through all the stations.

At the end, there are computers in which you can type up your findings.  If your report to Grissom is correct, then you are emailed a graduation certificate and offered to take photos.  (The certificate is free however the photos are not.)  At the end, there is a gift shop that sells magnets, show memorabilia and other fun science stuff.

I would highly recommend this attraction and if you find yourself in Las Vegas, you should check it out.  I know that we will definitely do it again with a different case the next time we are there.    Their official site is located here.  CSI: The Experience

Please check out a few of our other travel posts…

Follow For Parents,Teachers, Scout Leaders & Really Just Everyone! on WordPress.com